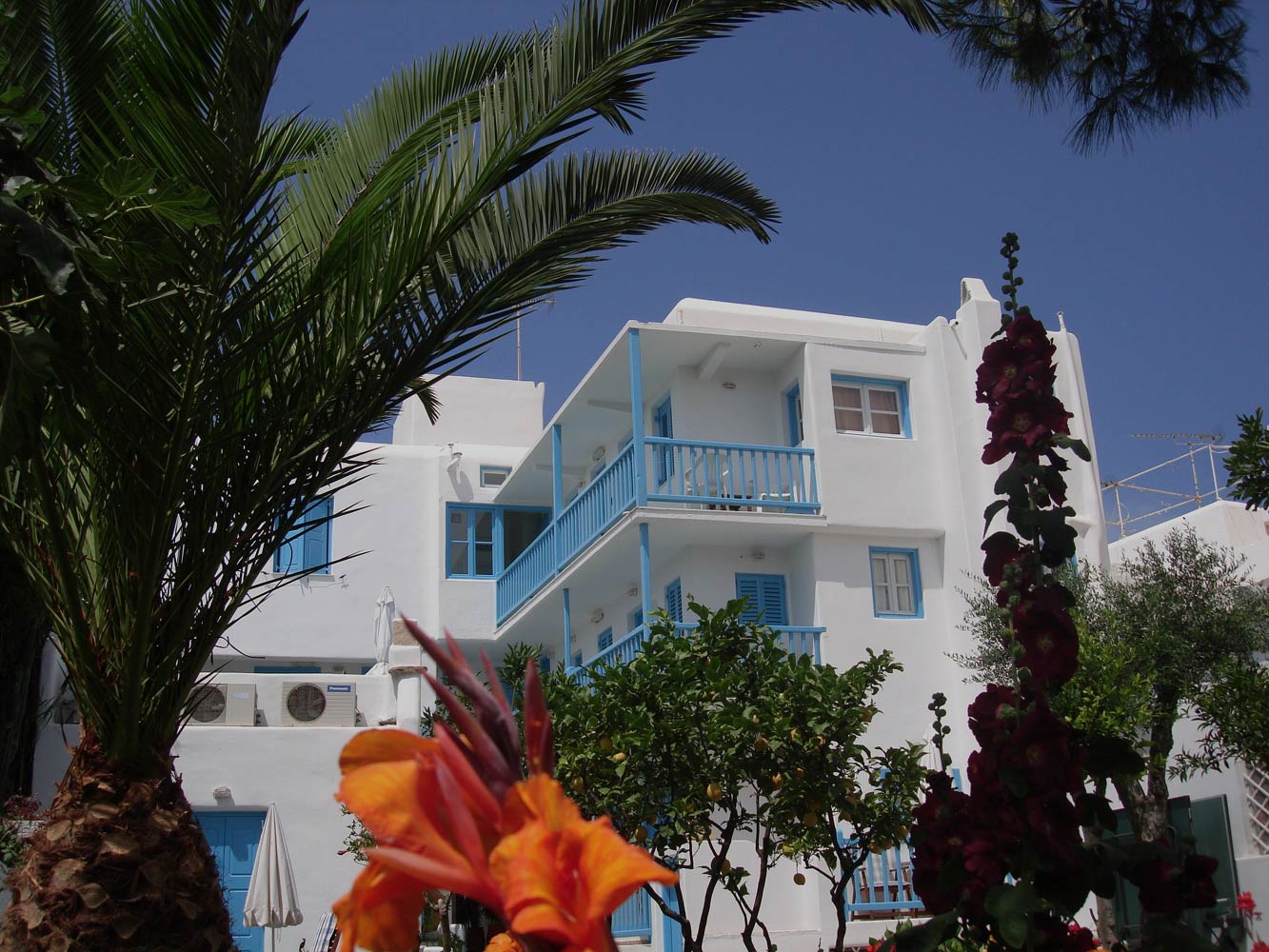 Established in 1964, Philippi Hotel is a family style hotel located in the heart of Mykonos town, next to the most exclusive cultural and commercial sites. Its colourful garden and cleanliness make it stand out and be considered as one of the most popular hotels of his class. With their long experience, the owners dedicate themselves to the guests and ensure that they live the Mykonos experience the best way possible. he story began in 1956, when the parents of the current owner, Christos, started renting some rooms of their family house to the firsts tourists in Mykonos. During 1964, they established the first part of today's hotel, including of 8 rooms. Later on, 6 more rooms where added and since then the hotel has developed to the form it has today. Greek hospitality and family-style environment were among the signatures of the hotel's culture. The hotel accommodates tourists from all over the world through the years. It will continue to do so, bringing new hospitality ideas, while preserving the Greek and Mykonian tradition.